Check all the Books Here


Dr. Shivendra Sharma, India’s renowned molecular biologist, and a Nobel laureate and Bharat Ratna recipient, achieves a breakthrough in Nano-biotechnology that could change the future of the world. However, a radical communist nation hires a powerful mafia group to wrest Dr. Shiv’s invention. Dr. Shiv injects the serum on himself, and gains extraordinary powers. Without knowing this, the mafia kidnaps him in his inert state and takes to a remote facility. As more players are brought in, including Dr. Shiv’s longtime love, the plot becomes complicated, and resembles more of a horrific nightmare. How does Dr. Shiv’s ordeal end? And what would he have to sacrifice to save the whole world from destruction?

You can buy the book @

Check out all the books of Tornado here
//assets.pinterest.com/js/pinit.js 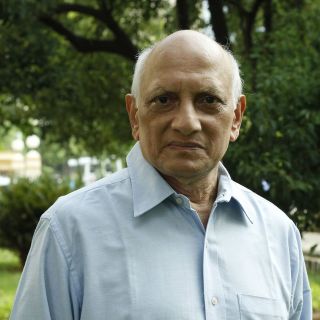 After spending over 25 years in the Middle East, the author aged 73, is now leading a retired life and lives with his wife and son in Thane, near Mumbai.


He has been passionate about writing from his early days, and, undeterred by the lack of success with conventional publishers, has taken the route of self-publishing for his novel, This Nightmare is For Real.  He has written two more books, which will be published soon.”

Go to Book No. 11 >> A Forgotten Affair by Kanchana Banerjee

#TornadoGiveaway is an initiative of The Book Club. Click on the icon to go to the event page of the Tornado .. Lots of fun awaits you 🙂

In Association With our Media Partners

ADD YOUR INLINKZ BY CLICKING HERE